This year’s edition is running from 6 July through 18 August 2019. Continuing to mark the centenary of Latvian statehood, it is centred around the subject of national culture in the global age. The core of the extensive visual arts programme is formed by a multimedia exhibition Close-Up/Tuvplāns at the upcoming Cēsis Centre for Contemporary Art. A number of concerts will be dedicated to musicians of the Latvian diaspora. Films for the Mountains programme have been selected by Jānis Putniņš; meanwhile, the Cēsis Concert Hall will host performances of the best productions of the latest theatre season. The grand open-air musical event ‒ as usual ‒ will be staged at the Cēsis Castle Park auditorium: this year, it is a production of Westside Story, the most famous among Leonard Bernstein’s musicals.

‘This year Cēsis Art Festival has the honour and opportunity to contribute to the cultural programme of the Latvian centenary a number of enormously powerful events of visual arts and music. As we recognise the global achievements of artists and musicians of Latvian extraction, this year we are highlighting the accomplishments of creative figures from the Latvian diaspora on a global level. Cēsis Art Festival is also special in that every year we find a new urban environment to inhabit and create art in. Last summer we explored the territory of Lenču Street; this year we are laying the foundation stone of Cēsis Centre for Contemporary Art. The premises of the former factory of the Cēsis Association for the Blind are ideally suited for contemporary art events, which will be particularly ambitious at this year’s edition of the Cēsis Art Festival,’ says Director of Cēsis Art Festival Juris Žagars.

Cēsis Art Festival opens on 6 July with the unveiling of the Close-Up/Tuvplāns exhibition, centred around the issue of national art in the global age, one that is particularly topical in the 21st century, and the concert LNSO, Ķeniņš and Messiaen. This will be the first performance in Latvia of Tālivaldis Ķeniņš’ beautiful and powerful Eighth Symphony with its prominent organ solo performed by the internationally acclaimed Iveta Apkalna.

The visual art exhibition Close-Up/Tuvplāns is a multimedia project involving both the genre of artistic research and the traditional format of art exhibition. The show is hosted by two venues ‒ the upcoming Cēsis Centre for Contemporary Art, housed in the former industrial territory of the Cēsis Association for the Blind (curators Daiga Rudzāte and Žanete Skarule) and Cēsis Vidzeme Concert Hall (curator Dace Lamberga).

The project focuses on prominent figures who have in common their Latvian roots and having succeeded in leaving their mark on the context of global culture. One of the artists among them is the Latvian-born American expressionist Edvīns Strautmanis, whose large-scale paintings are held in a number of prestigious American museum and private collections. For the first time in Latvia, the upcoming Cēsis Centre for Contemporary Art will host an extensive Strautmanis retrospective comprising fifteen large-scale works accompanied by stories and reminiscences about the painter by his contemporaries and family members. The exhibition is also the first time since 1987 that objects by Sven Lukin, his three-dimensional paintings that took the New York art world by surprise in the 1960, are on view in Latvia.

The Close-Up/Tuvplāns exhibition also features the artist Māris Bišofs’ works from his New York period, his drawings for The New Yorker and The New York Times, the world-famous photographer Robert Mapplethorpe’s favourite model Dovanna Pagowski and the painter Vija Celmins (Vija Celmiņa). It should be noted that events and figures from the past are not the only thing discussed as part of the project. The 21st century is the global age, and this context adds topicality to the question of whether an artist’s nationality can dominate over his or her cosmopolitan lifestyle. Are there flashes of Latvian mentality to be found in the work of artist and animator Signe Baumane?

To which cultural space do Artūrs Virtmanis, residing in New York for over twenty years, and the nomadic world-travelling young artist Indriķis Ģelzis, both represented at the Close-Up/Tuvplāns exhibition, belong?

With the support of the festival’s patron SEB bank, an exhibition of works by students of bachelor’s and master’s programmes of the Latvian Academy of Art (LMA). LMA is marking its centenary this year, and that is why in June we are launching an unprecedented project ‒ a festival of graduation works, on view both in Riga and Cēsis. Alongside works created in traditional techniques, the show will present certain instances where the viewer will have to make an effort to guess the represented area. The exhibition is an overview of the diverse programmes offered at LMA ‒ the various sub-areas and ways in which the young talents can express their feelings, thoughts and views with the help of art media.

Just like in previous years, the festival’s long-time partner Latvijas Mobilais Telefons will make the festival even more accessible for a wider audience with the help of LMT Straume streaming app and smart TV. Not everybody is able to visit Cēsis and attend the excellent concerts and performances in physical reality. That is why LMT Straume will feature live broadcasts of selected ‒ most significant ‒ events.

Just like the visual art exhibition, the musical programme of Cēsis Art Festival touches upon the significance of national art and is mostly dedicated to works of the greatest among Latvian diaspora composers, alternating in the concerts with masterpieces by the greats of global music history.

20 July will see a concert at Cēsis St John’s Church by conductor Māris Sirmais and the Latvia Choir, subtle and surprising interpreters of music by Latvian composers. The programme includes works by Tālivaldis Ķeniņš, Alberts Jērums, Jānis Kalniņš and Imant Raminsh. Choral music will alternate with interplay between the trumpet and the organ: Jānis Porietis and Ilze Reine will perform pieces by Maija Enfelde, Romualds Kalsons, Helmers Pavasars and the musical symbol of Cēsis, Alfrēds Kalniņš.

On 26 July, one of our best instrumental musicians, the clarinet player Guntis Kuzma and our top-class chamber ensemble Trio Palladio – Eva Bindere, Kristīne Blaumane and Reinis Zariņš – will surprise us with a special programme featuring works by diaspora composers Dace Aperāne and Tālivaldis Ķeniņš, as well as Robert Schumann.

The key event of the festival’s musical programme will take place on 2 August at the Cēsis Castle park open-air auditorium; it is a performance of the American composer Leonard Bernstein’s popular musical Westside Story ‒ an apex of its own genre, an energy-packed, sparkly masterpiece interspersed with hits that we all know and love. The musical is based on Shakespeare’s Song of Song, Romeo and Juliet, the age-old love story transferred to the urban and dynamic world of the 20th-century America where profound, powerful and pure love is nevertheless possible. The production will star world-class singers with lots of experience and brilliant musical theatre skills, Vanessa Becerra and Andrew Bidlack from the United States, Sigalit Feig from Israel and our own wonderful and much loved Daumants Kalniņš. Liepāja Symphony Orchestra will perform under the baton of Andris Poga; the musical is staged by the director Viesturs Kairišs. The warm summer night at the Cēsis Art Festival will vibrate with the beat of the ever-lively heart of New York.

In recent years, the Cēsis Art Festival film programme has demonstrated its potential to offer cinema aficionados both an unusual viewing experience and a high-quality and diverse selection of pictures. Staying true to the trend of a close link between the programme and the screening venue that has emerged in previous years, the leitmotif of this year’s film programme, selected by Jānis Putniņš, is the subject of mountains.

Four weekends and unique open-air screenings of four films by the Spoguļklintis cliffs. The programme opens on the night of 7 July with the detective movie 24‒25 Does Not Return (1969) that continues the Cēsis Art Festival tradition of digitising a Latvian-produced film. Although the action is predominantly set in an urban environment, the film also contains an impressive scene shot in the Caucasus, which definitely justifies the decision to include the picture in this ‘mountain movie’ programme. Furthermore, the director of said impressive scene Aloizs Brenčs (1929‒1998) would mark his 85th birth anniversary this year. The Mountains film programme features three other outstanding and very different films: Travellers and Magicians (2003) by the Buddhist lama and filmmaker Khyentse Norbu, set in the Himalayan kingdom of Bhutan; The Mountain Calls (1939) by the writer, architect, mountaineer, bobsledder and actor Luis Trenker, an invitation to a tension-filled trip to the Alps, and the classical Shadows of Forgotten Ancestors (1965) by the legendary filmmaker Sergei Parajanov, a film that will take us to the mysterious Carpathian Mountains.

Cēsis Art Festival also presents the traditional Grand Prix programme of recent theatre productions, very popular with the viewers; like every year, it is curated by the experienced theatre critic Silvija Radzobe.

Tickets to Cēsis Art Festival events are on sale since 27 May at Biļešu Paradīze ticket service outlets across Latvia and online at www.bilesuparadize.lv.

Cēsis Art Festival is supported by the festival patron SEB bank; the leading telecommunication operator and general sponsor of the festival LMT; the SIA Alfor company, a patron of arts; the Ministry of Culture of the Republic of Latvia; the State Culture Capital Foundation; the Embassy of the USA in Latvia; the Cēsis Municipality Council and Cēsis Concert Hall. The diaspora art and music events at the festival are part of the Latvian centenary programme. 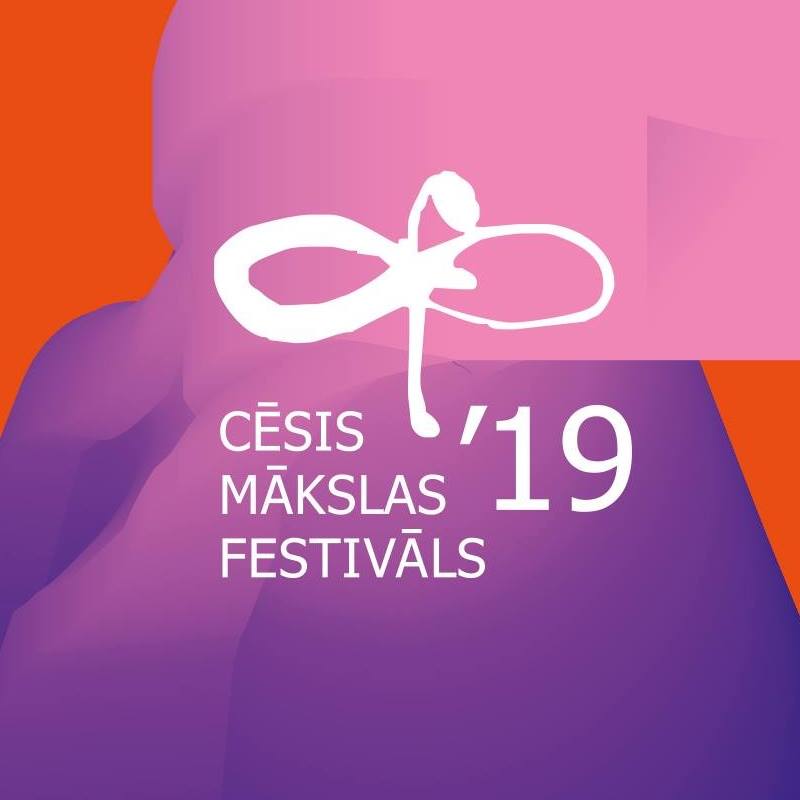