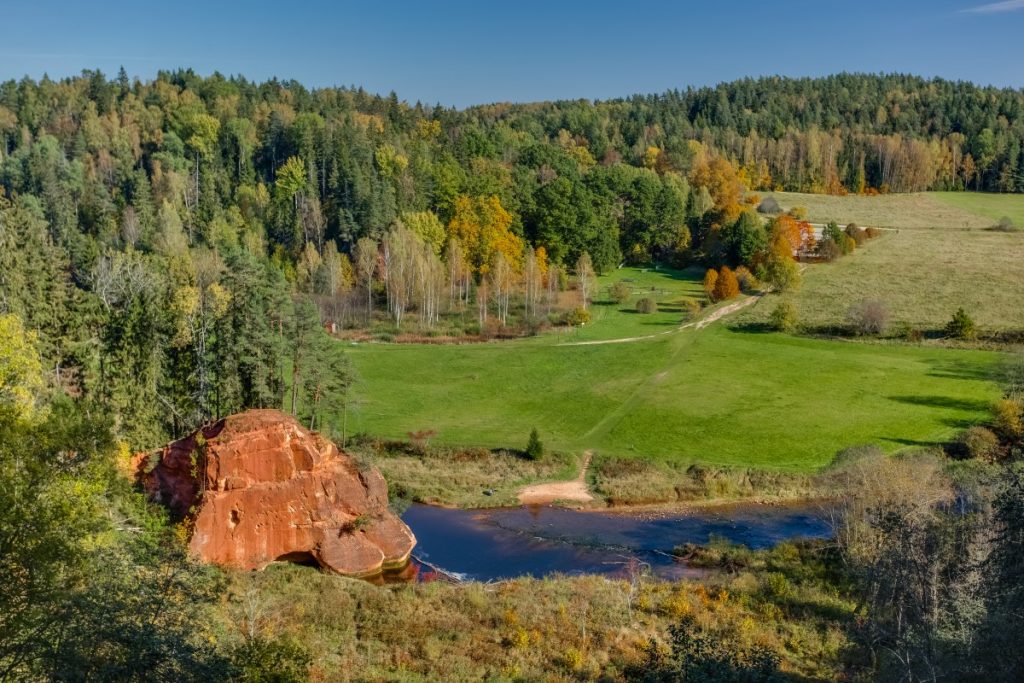 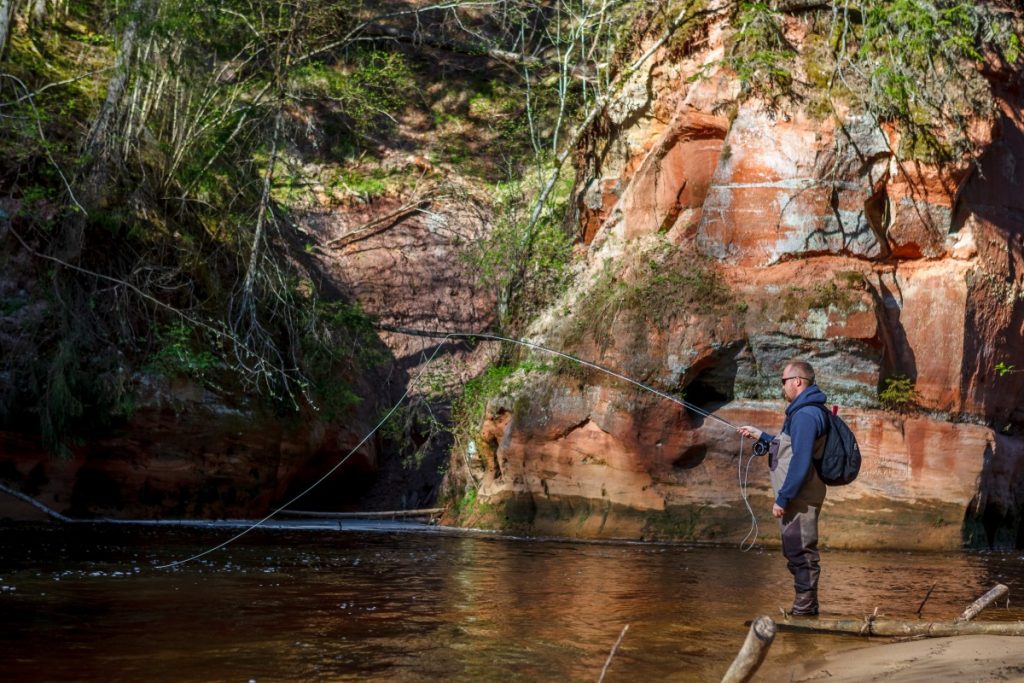 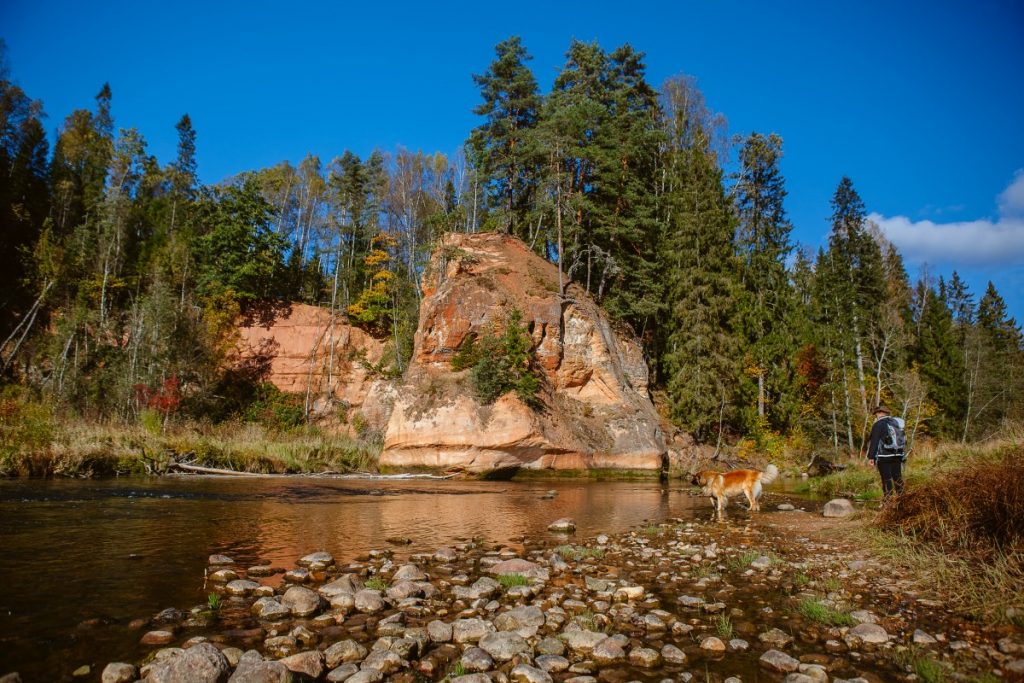 This is one of the most picturesque and the most popular outcrops of red sandstone of the Devonian period, which is situated on both banks of the Amata river and is surrounded by woods and meadows.

The outcrop is divided into two parts; in the Southeast, away from the Amata is a 44m high semicircular precipice, and in the Northwest there is a 19 m high protuberance of cliff which washes against the Amata river. The total length of the precipice is approximately 200m. Slightly below the Zvārtes Rock on the other bank of the Amata, is Miglas (Fog) Rock which is also known as Čūskas (Snake) Rock and measures 25m in height.

A magnificent view opens up fromriver and the top of the rock. There is a convenient staircase to reach these viewpoints. There are a lot of legends about this cliff involving stories of how witches and devils could be found in the area, especially during the winter and summer solstices.

Zvārtes Rock is a natural geological monument, located in the territory of the Gauja National Park.