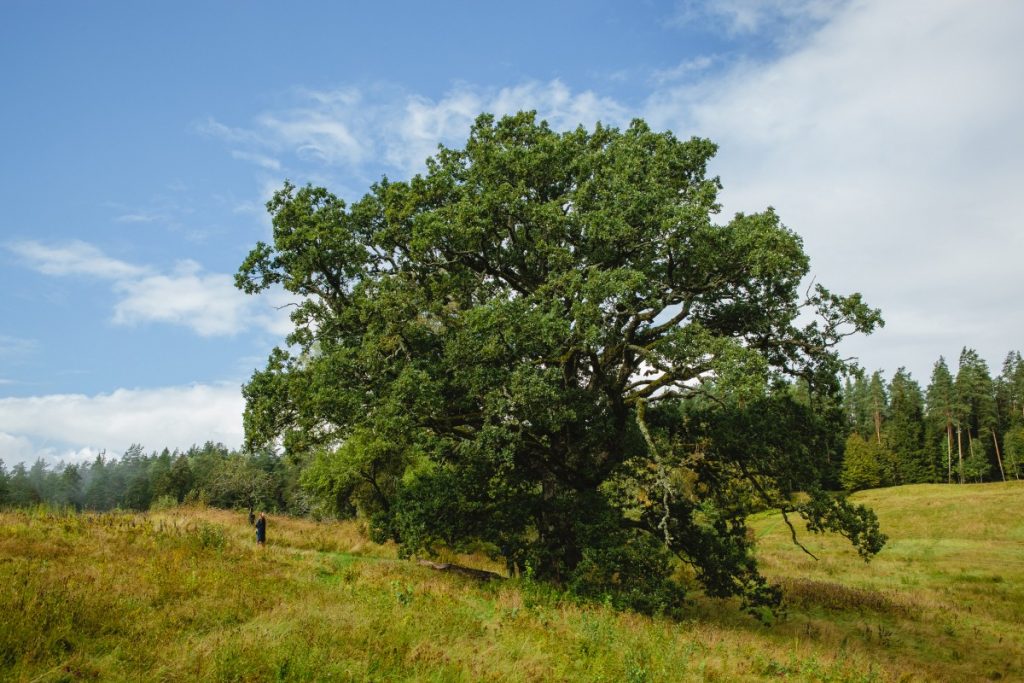 The majority of the researchers that work with the history of certain area believes that Kvēpene hillfort is place where Satekles Castle where located, which was mentioned in the Indriķis Chronicles in the 12th century. It was the residence of the famous Latgallian feudal Rūsiņš.

The first description of Kvēpene hillfort was given by the Baltic German researcher of local history Earl K. G. von Sievers in 1877. According to the information provided by Latvian State Historical Archives Department, and their archive news in 1921, excavation work were performed in the hillfort. The hillfort was established in the ancient Gauja array on the plot of 150 m. On the side, not protected by nature – in the south-western part to delimit the area by two moats and three ramparts. Two largest walls reach 9 m in height.

Kvēpene hillfort is located on the right bank of Gauja river, 6 km below Cēsis and 5 km South from Raiskums lake. Kvēpene hillfort was named to honor the forest guard “Kvēpeņi”.

Kvēpenes hillfort is located in the Gauja National Park.
There is a marked route made to reach hillfort.