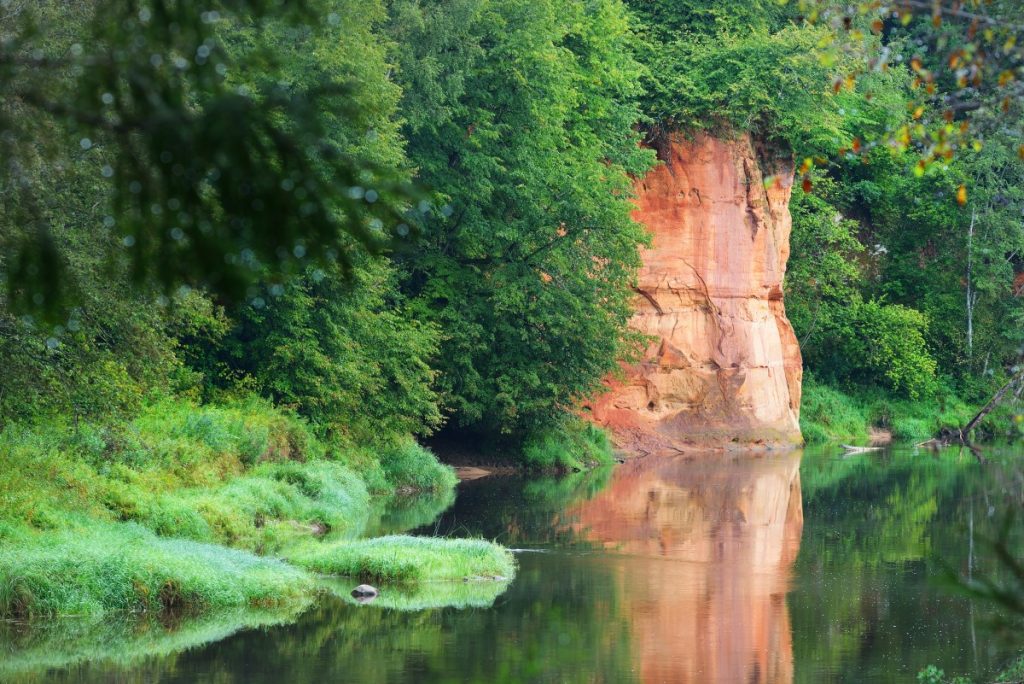 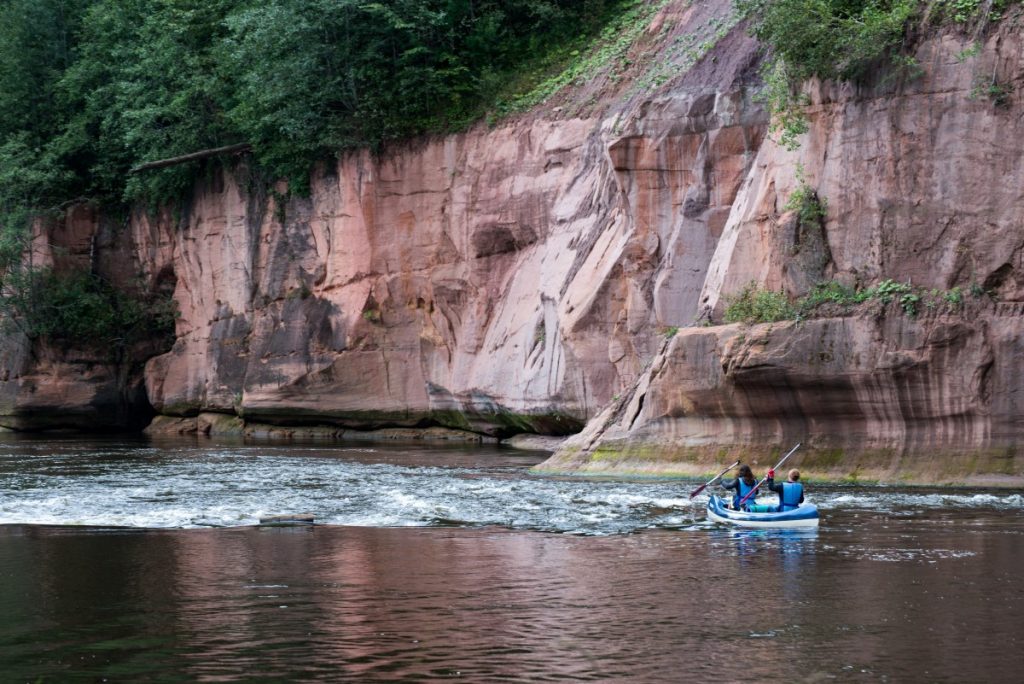 Ķūķu Cliffs is the highest outcrop of the Devonian period in Latvia 43 metres high. The upper part (above the sandstones) is formed from clay layers that contain a lot of fossil remains of long dead organisms. Ķūku Cliff changes its appearance rapidly due to river erosion and many landslides. In recent years the shore has lost 10 metres!

There are multistage threshold near to the cliffs, so in the olden times raftsmen called this majestic cliff “Straujās” (The Fast) Cliff. In the middle part of the cliff is the unusual cave “Ķūķu”, which was formed in the sandstone just next to the water, so it is reachable only during periods of low water. In the winter the icefall forms in front the cave.

Ķūķu Cliff is a natural geological monument and is located in the Gauja National Park. Cliffs can be seen only from the other bank of the River.