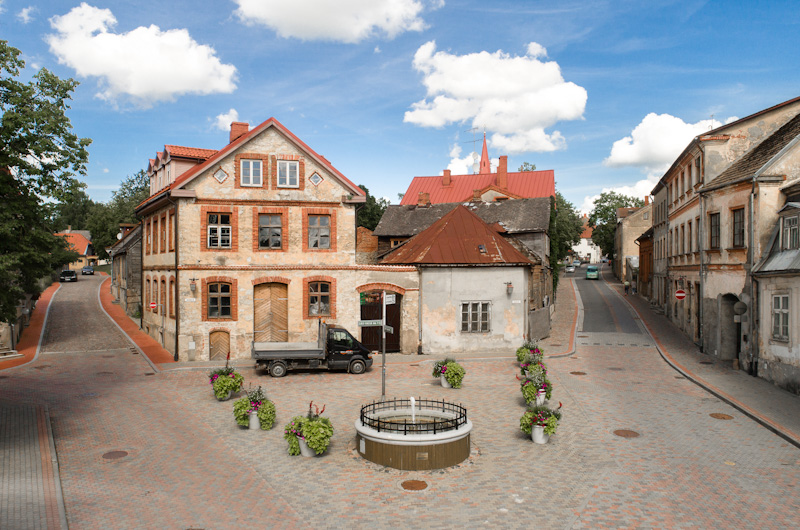 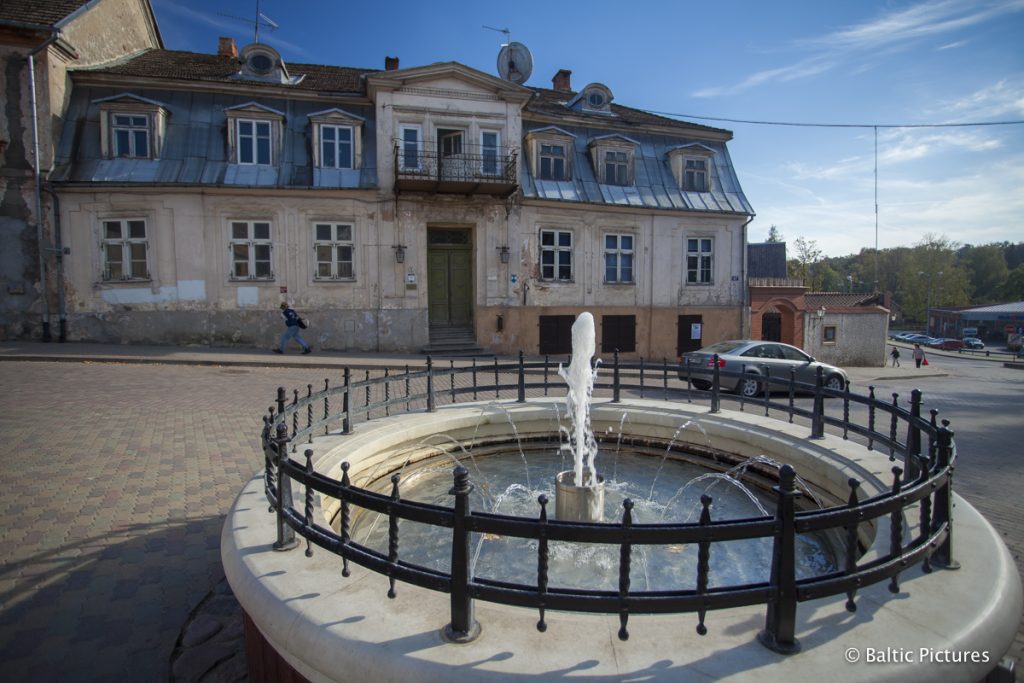 In the beginning of the 13th century, Līvu Square was the first marketplace in Cēsis. There was a church, cemetery and Rīgas gate in the stone wall of the city. At the end of the 13th century here was the beginning of the main street of the future city - Rīgas Street. In the Middle Ages, the new and the old Rīgas gate were situated in the South side of Līvu Square. Nowadays known as a Princess house this building was also situated alongside with the square. There Martha Juliana, the widow of Karl Eberhard von Sievers (1745-1821), the  first owner of the New Castle, as well as his  unmarried daughters Katarina and Vilhelmine Charlotte Elizabeth, spent the end of their life.   Popularly they were called princesses, from which the name of the house is derived.

Today, recreated square is decorated with a fountain at the place where in the 13th century was a well named Lejas Ščimbergs (from the old German meaning “clear stream”). In the evenings the fountain is lit up by the lights. Guests often throw coins into the fountain wishing to come back someday.