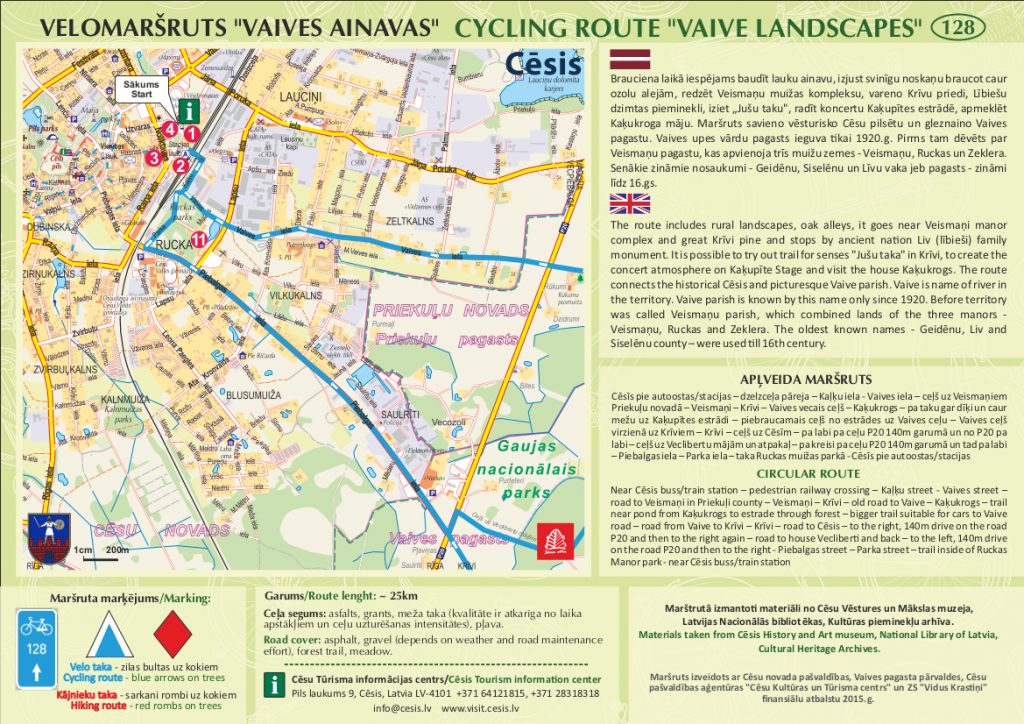 The route includes rural landscapes, oak alleys, it goes near Veismaņi manor complex and great Krīvi pine and stops by ancient nation Liv (lībieši) family monument. It is possible to try out trail for senses "Jušu taka" in Krīvi, to create the concert atmosphere on Kaķupīte Stage and visit the house Kaķukrogs. The route connects the historical Cēsis and picturesque Vaive parish. Vaive is name of river in the territory. Vaive parish is known by this name only since 1920. Before territory was called Veismaņu parish, which combined lands of 3 the three manors - Veismaņu, Ruckas and Zeklera. The oldest known names - Geidēnu, Liv and Siselēnu county – were used till 16th century.

Brochure with the map of the cycling route HERE