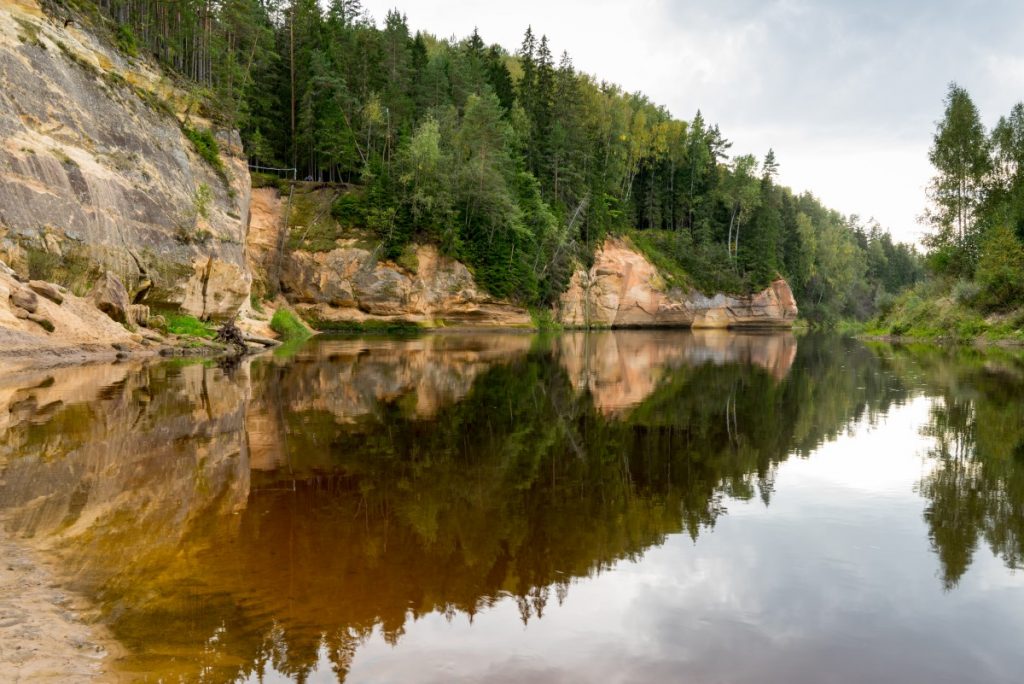 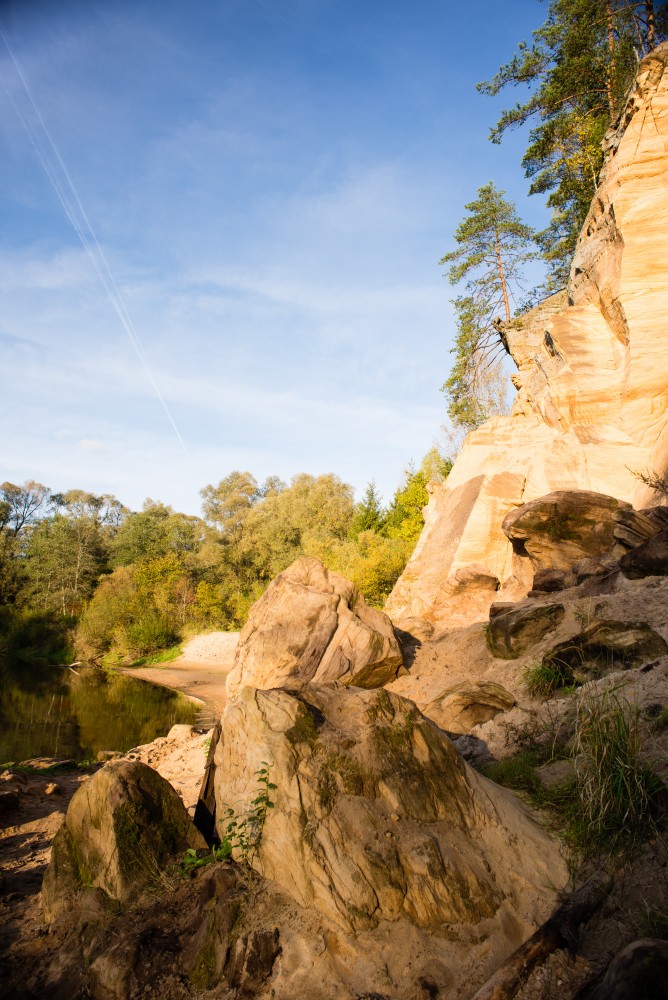 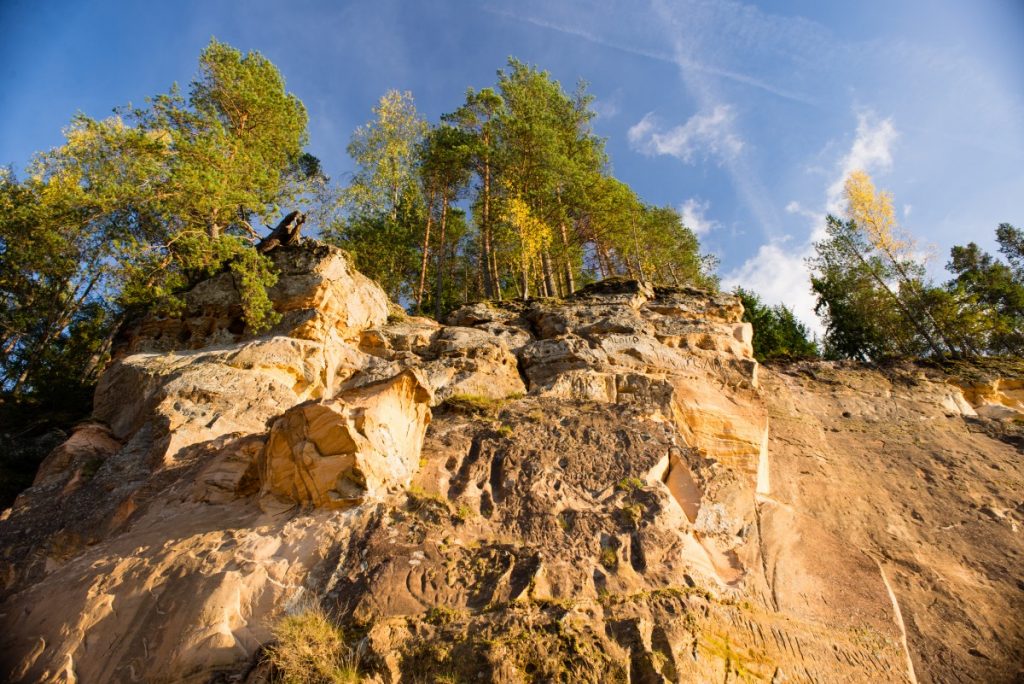 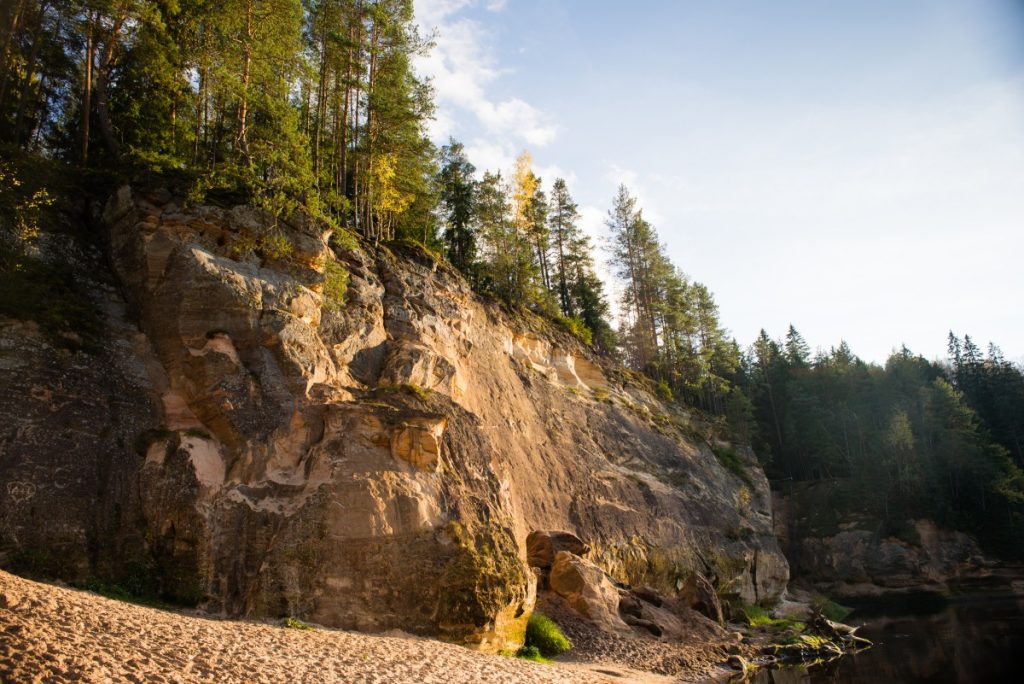 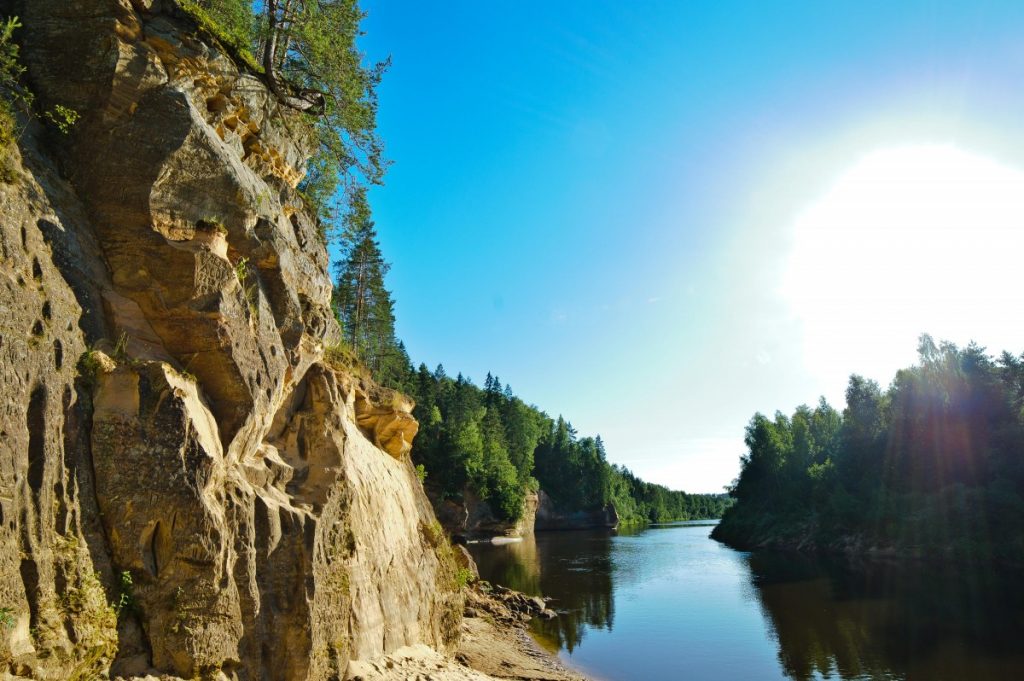 The mighty, majestic wall that rises straight out of the river Gauja is known as the Eagle Cliffs. It is the most impressive cliff in the valley of the Gauja river with characteristic features of a monolithic sandstone surface. The legends say that echoes from these cliffs sounded like an organ, so it is also known as the Organ Cliffs. Its' original name was Pieškaļu Cliffs, but was renamed in the Soviet times.

The length of the wall of the cliff is 700 metres and 300 metres of it washes against the Gauja river. The first 130 metres are composed of a vertical sandstone wall with a height of 22m, further along there are several protruding parts which are slightly directed into the river. There are a lot of fractures in the cliff, as well as signs of landslides and block sliding. At the foot of the cliff a small lake has formed. The height of the Western part of the cliffs, which is pushed back from the Gauja and hides in trees, is 21.5m. In the lower part, where the cliff almost comes to an end and again meets the water the Eagle niche and some small springs can be found.