St. John’s church in Cesis “dressed up” in town’s colours

Cesis 814th anniversary celebration this year became special also because of it’s culmination. For the first time was illuminated the facade of St. John’s church. Also in this weekend church will shine with colourful lights.

From August, the 1st, after the renovation works were complited, the viewing platform on the top of Cesis st.John church will be open for visitors. Now the town's panorama  may be admired also from this point. Entrance fee will be 3 euro.

As a result of two years long succesful collaboration the idea of church illumination with musical performace made it’s way from birth to realisation. It is planned, that every Friday and Saturday, with nightfall every round hour up till 23:00 the church’s tower will be illuminated. It is going to become a special experience, which is worth for every citizen and guest of Cesis to enjoy. With the play of lights and music special atmosphere will be created according to the season, feast of actual event in town or country.

“This time of realisation becomes very meaningful and enriching for me, both in it’s creative and technical aspects. I am honoured to maintain the history of the heart of Cesis with my work, and to give it to future generations”, says the author of the project Uldis Skroders

How it was already announced before, in June two years has passed since the massive restoration was started in St.John’s church. Together with facade’s reconstruction big changes came also to church’s huge windows. They were complitelly renovated, in addition to the existing in altar section and central nave new stained glacces were installed. Powerful spotlights were added to light up the tower. 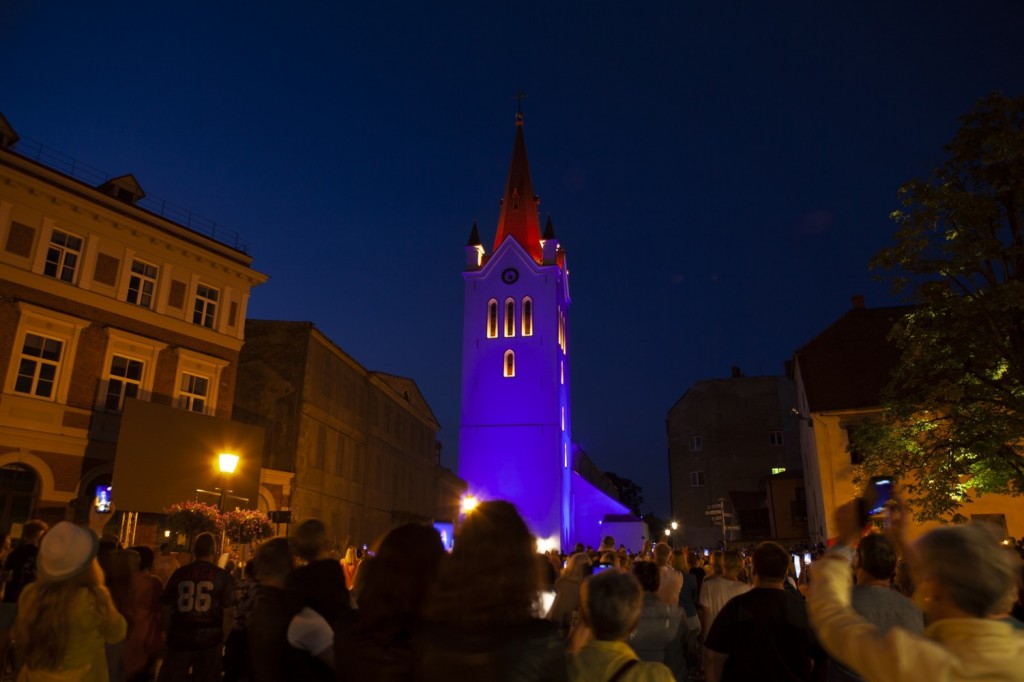