From 19th – 21st July city of Cēsis will celebrate its tradition city festival “Cēsis 813”. This year the programme is very diverse, and the moto of the event is “Celebrate summer!”

The main stage this will be at Vienības laukums (Vienības square), where all the most important activities will be held.

Full programme can be found HERE.

Festival’s opening day is 19th July, when everybody is invited to enjoy Latvian movies on the big screen at Vienības laukums.

Friday fun atmosphere will be also at Rožu laukums (Rožu square) were silent party will take place. At the same time different genre music will be played and party guests, received headphones, will be able to choose their favorite music for dancing, while the square will be in silence. 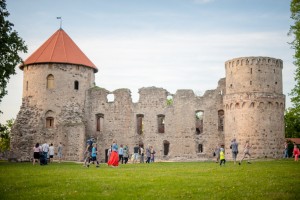 After silent and loud pre-parties on Saturday, 20th of July, festival guests will be invited to jump into the festival activities.  On the morning, as always, Symphonic band “Cēsis” will wake up citizens and city guests with marvellous melodies. During the day, families and children will be entertained at Vienības laukums – science experiments, puppet show, bubble workshop and musical performance “Čivināsim vai lidosim?” (“Lets twitter or fly?”) by Cēsis theatre and other surprises are awaited. 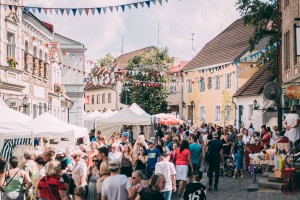 All day long, Cēsis old town will gather local craftsman and farmers for a festival market on Rīgas street. However, at Rožu square useful information will be provided by NGO, educational organisation members and others.

Join the time travel in the Castle’s garden to learn ancient craft skills, listen to ancient music ensembles, explore historical Hansa market and Livonian culinary route. For those willing some quiet time and relaxation, in Pils laukums (Castle’s square) sauna and natural cosmetic market will be waiting for you. Also, all day long workshops and other self-care activities will let you treat yourself.

On Saturday, at Smilšu laukums from 3pm till 4 am, rock music festival “Fono Cēsis” will fill the city with music. Second day performances will be by "Laika suns", "The Sound Poets", Chris Noah, musicians from Cēsis "Franco Franco", "So Lucid Electric Feel", Haralds Sīmanis, as well as, artists from Israel "Age is a Box". 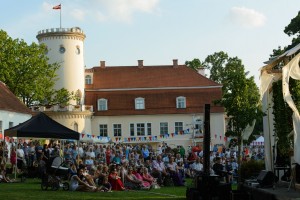 We take this opportunity to remind that traditional lantern march will begin at Pils parks (Castle’s park) and finish at Vienības laukums (Vienības square). On the main stage will be announced and greeted “Cēsnieks of the year” and it will be concluded by splendid firework show.

In the end of the day, premiere of Rihards Saule show “The Queen Experience” and dancing in the Vienības laukums until 2:00 am.

We are aware and we are proud that “Cēsis 813” is attended by guests from other cities, therefore, AS “Pasažieru vilciens” has arranged additional trains on route Rīga-Cēsis-Rīga on 20th of July.

Train timetable can be found HERE. 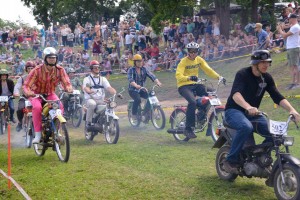 The final day of the event, 21st of July, will be dedicated for a rest and sport. During the day will be held “Ghetto Games”, “Zelta mopēds”, “Drosmes skrējiens” and floorball tournament for youngsters.

Cēsis is founded in the year 1206, it is the third oldest city in Latvia and the homeland of Latvian flag. 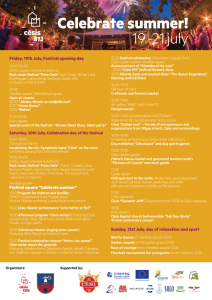